It's about time I put up a mix. It's called Continental Drift: that was (and still is) the name of a radio show that friends and I did in Chicago, throughout the 1990s , on WNUR FM. In between jazz in the morning (listen to Joe early on Tuesday: 5 AM in Chicago is noonish here) and rock in the afternoon, we played just about anything. As many others, I don't like the label world music. I guess only Sun Ra can make the claim his music is from out of this world.

So we played anything and everything. I usually featured a heavy dose of African music, picking new and old pieces from a collection that grew over the years, sprinkled with non-US hiphop, dub, Gainsbourg, Fairouz, Brel, Romanian pop, rembetika, tropicalia, gnawa, etc. Maybe I'll put up one of those mixes one of these days. I don't always listen to old African vinyl!

The mix flies from Togo to Cameroon, over Congo and Kenya, back to Guinea-Conakry, Benin and Nigeria. Bella Bellow needs a serious reissue of her work (Samy?). The aeroplane soundbite comes from PoussePousse, a Cameroonian movie: I'll have more of the soundtrack with lots of Andre Marie Tala. No need to tell much about Manu Dibango (Matt, did you see him at Couleur Cafe?). Demaye's track is the flip side of Soul Soukouss and just as funky. Trio Madjesi follow with their raw style in Matshatsha. Loi-Toki-Tok are Kenyan: they sing "they have nothing to say" but the groove speaks for itself. More Guinean sounds from Keletigui; the unmatched Poly-Rythmo; Nigerian Funkees; Abeti's personal take on Congolese rhythms; Babatunde taking a cue from Manu Dibango; more Akoffa Akoussah (she also connected with Manu Dibango, and sadly passed away in April of this year) ; Tabu Ley's Folksoum rhythm of Muwoso; Cloud7 from Nigeria again (Why Cloud 7 and not 9?); and finally The Wings (read more on them at WithComb&Razor). Anyone know how people like The Wings and Geraldo Pino ended up on Kenyan label, Suzumi, which released a handful of 45s?

I've tried several times to upload this as a mix but with the slow/developing IT connection it keeps failing after 30-40 minutes. Uploading smaller files works better... so here's a DIY mix with 16 tracks. This is the order I mixed it but feel free to make your own! 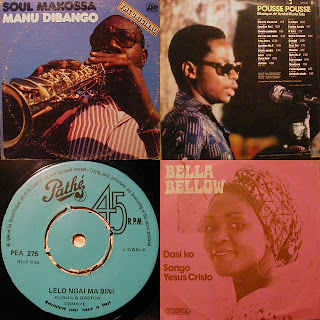 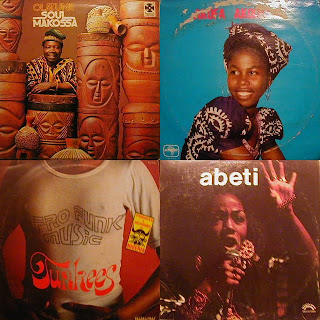 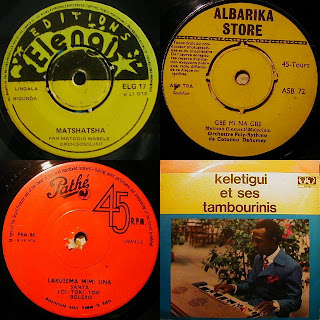 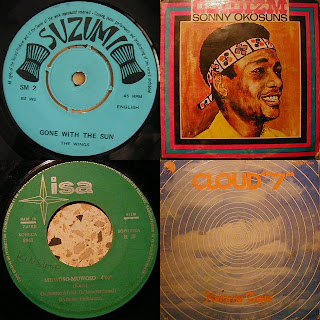 It's after midnight and quiet. Working on a longer mix of funkier tracks but, in the meantime, at this early hour, here are some slower musical moods. 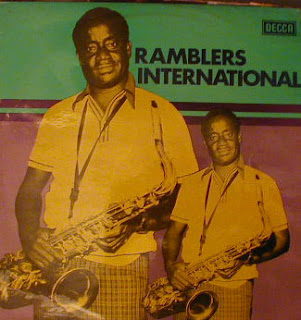 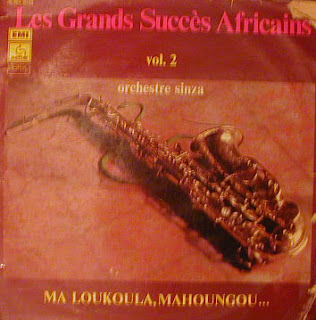 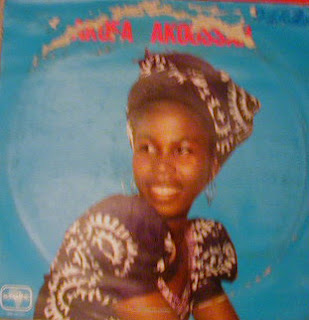 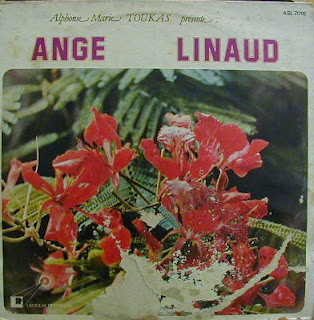 Moving across the Congo river, to the 1960s, when Brazzaville musicians had to leave Kinshasa. Prime Minister Tshombe ordered the expulsion of "aliens" in 1964. Many of the famous Kinois orchestras, like OK Jazz, lost their best musicians (at least for a while).

Ange Linaud, who later led Super Boboto, started Orchestre Tembo. You may have heard "Yebo Edi Pachanga" on Racubah (now out of stock at Dustygroove but you should still be able to find it elsewhere).

These tracks distill the groove into (IMHO) two delicious sebene... 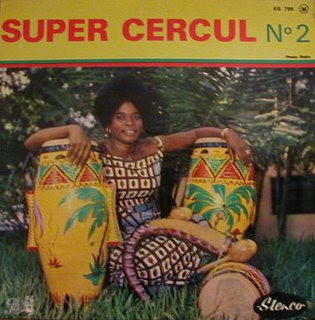 I don't know exactly where Super Cercul fits in the infinite versioning of Congolese bands, in this case Orchestre Cercul and Cercul Jazz. In any case, this is early Congolese music when musicians from both sides of the , from (then ) and mixed and mingled to come up with these sounds. Cercul's name comes from a youth organization, Centre Culturel de Bacongo. This is where people like Franklin Boukaka started out, hanging out at Kabasele's African Jazz in the late 1950s, before striking out on their own. 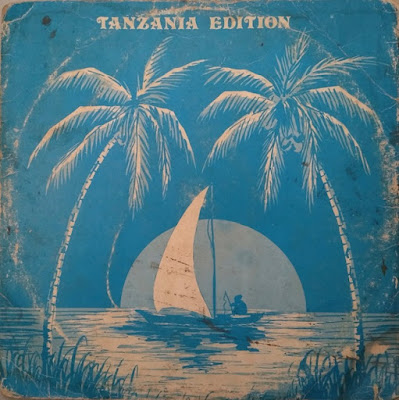